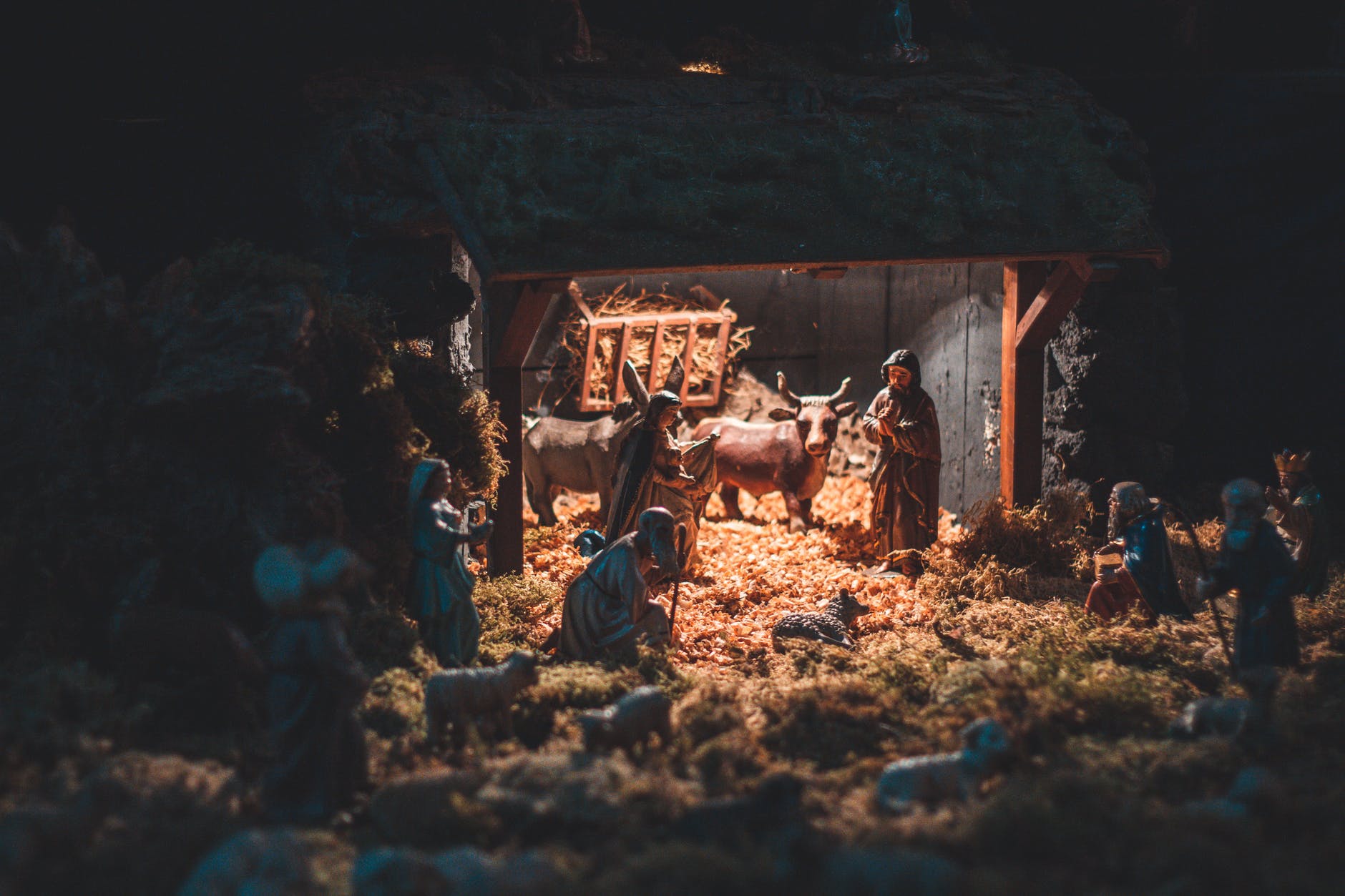 Photo by kailash kumar on Pexels.com

It was a December, long ago, far away. I was a sixth grade teacher in a large Christian School delegated with the task of putting together the annual Christmas program. I began praying about our message as we celebrated the birth of Christ. Imagine approximately sixty sixth graders as your “cast.” Wiggles, giggles, and antics were to be expected. They were heartfelt, loving kids, most of the time, but they were also self-conscious young beings who didn’t know who they were from one day to the next. “Transitioners,” one could say, changing before our eyes from children to teens.

After choosing other basic elements of the presentation, I decided our final piece should be “O Holy Night.” We faithfully practiced in class during our music time. The girls were to be our “multitude of heavenly host praising God.” The boys were our “shepherds watching their flocks by night.” (How “unpolitical” we were in that era.)

When the words were sung, “Fall on your knees; O hear the Angel voices!” our representative shepherds were to — fall on their knees. Of course. What else? This was a big deal — God’s announcement to the world of His newborn Son! My shepherd boys couldn’t get through “O Holy Night” even once. Instead of falling on their knees, they would fall apart. Oh, my. The giggling would begin, even with my teacher admonitions regarding our serious message. The classroom didn’t set the scene very well as they bumped into the myriad of desks to kneel. Sometimes I couldn’t stop myself from laughing with them.

At last our big night arrived, and the auditorium was packed with families. My young shepherds showed up donning a variety of types of bathrobes with towels and headbands for the finishing touches. You know the scene. The young angels, beautifully draped in white with glitzy halos on their heads, floated around our pre-show dressing area as if they were — in heaven.

The platform, our stage, was lit with professional touches: twinkling stars in an imaginary sky, and a beautiful Bethlehem star above the baptismal. My students sang a few other Christmas songs and did some Scripture readings, but none I can specifically recall so many years hence. It was pretty much the usual Christmas presentation.

Then, it was time — the moment for which we had prepared so unsuccessfully. But, even decades later, I remember what happened next in glorious detail. Blue lights hit the stage, mimicking darkness in the fields as the stars sparkled in the “sky.” The “heavenly host” sang with great sincerity and jubilation. It was beautiful.

“Fall on your knees …” rang out. I stood in disbelief watching. The shepherds bowed down in the dark “field” as if no one were watching. A spirit of worship filled the huge sanctuary as the angels sang. You could feel it. A tear trickled down my cheek as I looked on with awe. This was God’s work, not mine. Jesus Christ had been born one holy night two thousand years before. But, as we retold that important event, God honored our meager effort with His presence, HIs gift.  It was a Holy Night.

This is our God, willing to enter our lives in the here and now, into our messes, failures, and outright rebellion. Look for Him, and invite Him to join you in your journey today.

October 1929 was glorious, as most fall months in Michigan tend to be.  Oak trees lined the streets in the small bedroom community of Royal Oak, Michigan, dazzling viewers with the spectacle of red, yellow, and burnt orange as the weather turned crisp. Signs of change were all around. The possibility of a brutal winter remained hidden from view even as more serious devastation brewed just below the surface in America.

Situated just outside of Detroit where most Royal Oak residents worked, life was good in that small town. Oh, there were a few antagonizing people like the nosy telephone snoop listening in on the party line, and the chemistry teacher who thought he knew everything about everything. Yet, overall, Royal Oak was just a positive place to be.

Molly Martin was a young woman with big dreams, and the perseverance to make things happen. Yet, the world around her was stirring in ways she never imagined would impact her life. She felt the shaking, saw her father’s stress, and it seemed odd. But, what did that have to do with her dreams? Nothing at all, Molly thought. How could the national economy have anything to do with her dreams to perform. She was gifted, that was clear. God gave her that talent, didn’t He? She worked hard to perfect her skills, and she won the honor of playing a piano concerto with the esteemed Detroit Symphony Orchestra. Nothing could stop her now.

Resulting from the national turmoil, Molly’s circumstances soon become uncontrollable. Suddenly, her ability to direct her own course seemed in jeopardy. Where was God? He gave her this gift of music. Why, God? Haven’t we all asked that question at one time or another? Read His Gift and share it with friends and family in this time of great uncertainty in our great America in 2020.

Molly does question God. She looks for answers in her storm. Read to discover how she finds her peace and purpose. When life turns upside down, we all need to know where our hope can be found. Sometimes our dreams take a shape we never imagined!