Scientists have been studying the growth and development of the human brain from conception to birth, and the results are fascinating. The evidence of the brain’s early capability is compelling. The brain develops progressively, as does the body, from the first cell union, or zygote, the beginning of human life. It’s difficult to imagine how a single cell could become a super-powered “apparatus” with abilities far surpassing mechanical responses in only a few months.

Memory functions begin by twenty-nine weeks. Late term fetuses have a capacity for remembering the sounds and sensations experienced inside the womb. Songs sung and stories read are later recognized with interest by the infant after birth. The fetus has been listening to his or her mother’s voice and will easily relate to it after birth. One could say, without a stretch of the imagination, that learning is happening ten weeks before a normal full term birth.

There is no single milestone to determine when consciousness begins. This realization makes a case for us to do what we can to protect this little one, from conception to birth.

These facts are attributed to Katrina Furth, PhD. See her website below:

In the cultural/social climate of 2019, few women choose adoption as an unplanned pregnancy option. Abortion or parenting are the more popular choices. Disinformation abounds with lines blurred between foster children and adopted children. Many young people know little about adoption and what it looks like today.

As one studies the changes in the culture over the past 75 years, a most obvious cultural shift is that single parenting is commonly accepted today.  Often people end up single parenting even if they were once married due to the high frequency of divorce. Finances can be challenging, but not impossible with many forms of social services to assist a single parent. Therefore, the question begs an answer: “Why would I consider going through a pregnancy, becoming attached to the little one in my body, and then hand it over to someone else?”

There are similarities between adoption and abortion. Someone unprepared to parent can be relieved of that responsibility — by either choice. However, the glaring difference is that the baby is given life in adoption. In abortion, that little one, his or her God-given purposes, gifts, and talents are extinguished forever. An abortion decision is permanent and final with no replacement possibilities.

Today there are many dimensions and opportunities in making an adoption plan. The doors have opened to biological mothers/fathers to have more involvement in their child’s future if they so choose. The extent of contact can be predetermined in the initial stages of planning. Perhaps a young mom will decide she only wants to receive updates and photos so she knows how her child is developing. Or maybe, she desires an open adoption in which she will spend time with her child, giving that child knowledge of who she is from the beginning of life. Some people feel that it is in the best interest of the child to grow up with an understanding that they have only one family, those who are responsible for raising them. Yet, having some contact with biological family has worked well for many adopted children and parents.

Adoption has evolved over the years. It was once done in secret to protect both the biological mother’s future as well as the adoptive family’s. Legal rights of the biological mother were severed upon the decision to place the child into an adoptive home. The adoptive couple became the legal parents/guardians and even birth certificates were changed to represent the new family unit.  In the early 20th century, it was common to hide an adoption from a child who was often never told the truth about his or her biological family. Then, after “surprising truths” were discovered as the child became an adult, there was an emotional toll to resolve. By the middle of the century and beyond, social practices evolved. Adopted children were usually told “their stories” before they were even old enough to understand the meaning. Adopted babies learned that they were special and chosen by their adoptive parents. They were taught that their birth parent loved unselfishly by choosing parents who were better prepared to parent.

In 2019, adoption still provides many opportunities for a parent who feels she is unable to parent. Yes, grief and loss may accompany carrying a child full term and relinquishing parenting to someone else. However, the child is alive, the parent can become involved, or in the least of contact, have the satisfaction of knowing her child is thriving. In abortion choices, there may be initial relief, but there can be also substantial risks: emotionally, relationally, spiritually, and even physically. And, that one little life has ended. Forever.

Studies have been done to examine the correlations between abortion and relationship functions. In one such study, the variables included perceptions of quality-of-life, termination of relationship, sexual changes, aggression, and conflict. A large number of both men (n=658) and women (n=906) were interviewed, and the samples were ethnically diverse. Interestingly, for both men and women, if one had experienced an abortion in a previous relationship, there was a negative impact on the current relationship. The abortion experience was associated with an increased risk for arguing about children when children came in to the picture. Females also reported an increased risk for sexual dysfunction, arguments concerning finances, and even the relatives, both his and hers. Though this study does not prove that this affect will be associated with every person who has experienced an induced abortion, it is clear that abortion may impact relationships in a negative way as a person tries to move forward.

The National Institute of Health has published a number of studies on the possible psychological health consequences of induced abortion. There is a reported higher risk for both preterm delivery and mood disorders. Those considering having an abortion should be educated and aware before they decide. Pregnancy in itself may cause stress, and even a normal miscarriage may cause grief. Every psychiatric outcome should be weighed in light of multiple causes, of course. The impact of events will be influenced on how they are perceived, a person’s emotional coping ability, the influence of the interaction between physical facts, and the ethical dimension of such a life changing event.

Like Loading...
The tiny embryo grows quickly. With completely separate DNA from its biological parents, the baby’s heart can be seen on an ultrasound at 6 weeks from the first day of the mother’s Last Monthly Period. By the time it is 9 1/2 weeks from the LMP, the little one can even hiccup! Fingers are distinct from its body. Much has been said and written about a fetus being a part of the mother’s body, therefore subject to her decision to carry it or not. Science has shown that the fetus is being housed in the mother’s body, but it is not a part of her body. If you carry this analogy further, you learn that the first test-tube baby was conceived in a petri dish. Obviously, she wasn’t a part of her mother’s body when she was implanted in the womb anymore than she was a innate part of a petri dish when conception began there. Interestingly, in July 2000, the U.S. House of Representatives passed a bill (unanimously) saying that it would be illegal to execute a pregnant woman. Why, you ask? Well, the preborn child, a distinctly separate human being, was deemed to have his or her own inalienable right to life!

We live in a culture with broad and disparate moral perspectives, and we have similarly and profoundly failed to be morally consistent. 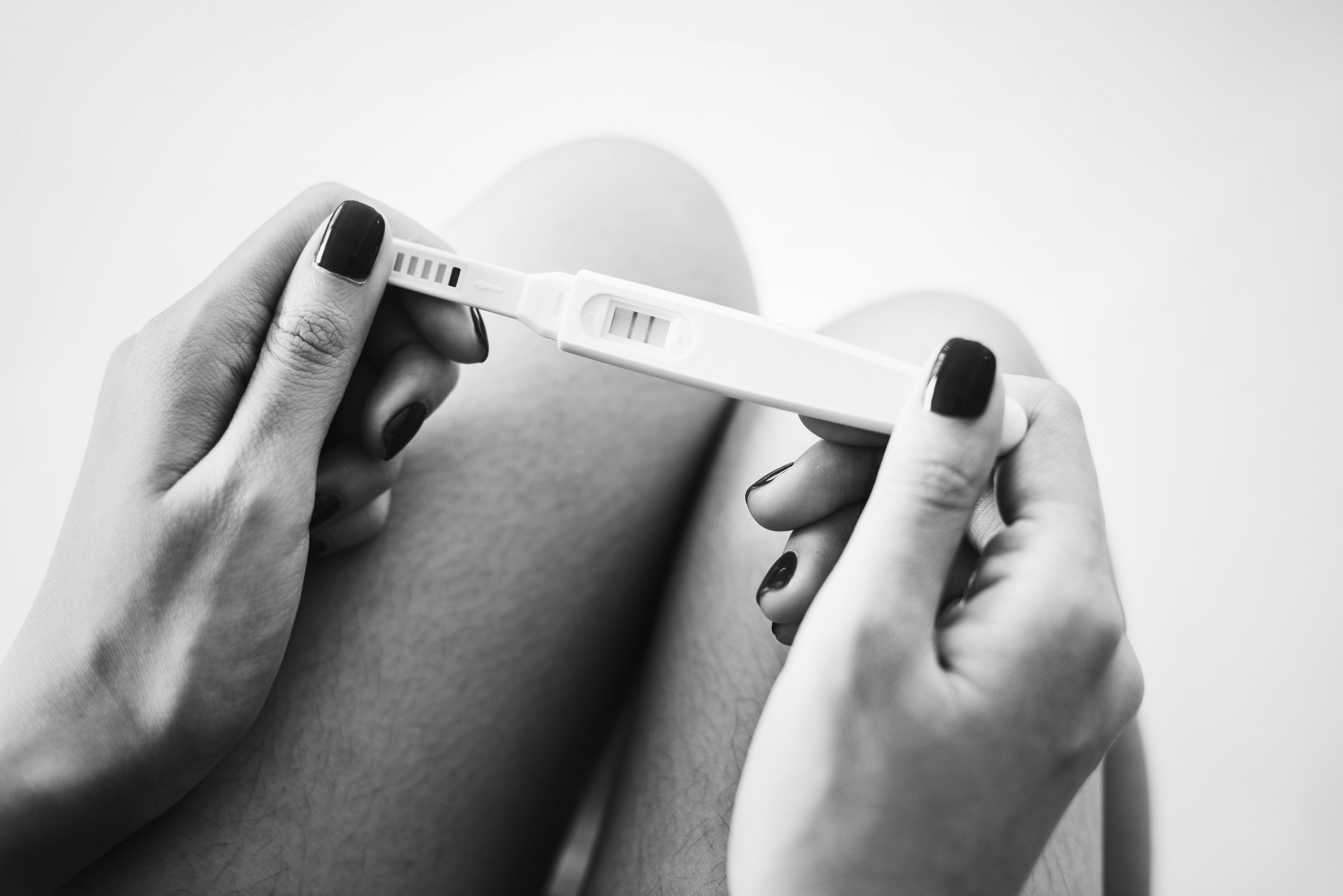 A baby’s heart begins pumping after about 22 days from fertilization. If a woman has an ultrasound at 6 weeks, the heart rhythm can be measured at that time. By 9-10 weeks from the first day of your Last Monthly Period (LMP), the “little one,” i.e. embryo, has already developed fingers. Rather amazingly, such a tiny being can actually hiccup. At 12-13 weeks LMP, unborn babies are forming unique fingerprints … those that are unique to that person for life. Nearly 54% of abortions occur from 7-12 weeks when a baby has a developing nose, mouth, ears, intestines, brain waves, touch response, etc.